If you somehow managed to skip Part 1 of this story, click HERE

One thing I left out of my explanation…. and out of conversations anytime anyone would ask, was that when I received the prompting to move home… there was another feeling that came with it.  The feeling I got was that I would not know the why for a long time… if ever in this life.  I felt like there was not going to be some big “Aha!” event or situation that happened.  I didn’t feel like I would start dating the man I was supposed to marry, I didn’t think a life-changing opportunity would present itself, I didn’t think I would make a ton of money or have a wonderful job, I didn’t think I would absolutely change anyone’s life…. but having that feeling didn’t stop me from wanting a why.   I wanted that confirmation for me and everyone else.  I wanted to be able to say “SEE!  I told you I was following the Spirit!  Something huge happened that I would have missed if I hadn’t moved!  Isn’t personal revealation cool?? See how that worked?  See how my life was changed for the better in a really big way???”

Guess what… I didn’t get my why.

After I moved back home, things were hard.  I knew I had made the right decision, but things were not working out at all.  I kept learning about more and more reasons why my semester at school would have been perfect if I would have stayed, my parents were frustrated with my decision and to be honest… even though they are wonderful and didn’t do anything wrong – they were not the support system I had hoped for,  I had a struggle figuring out things for my online classes since the financial aid office wouldn’t respond to my emails or phone calls, and I was struggling to find a job because every interviewer I spoke with told me that they needed a minimum of a one-year commitment, and I couldn’t do that.

For the first month of being home I was a complete wreck.  People would ask me about how things were turning out and I would smile and say “Oh, I’m still figuring things out”, while holding back tears… because who wants to make a giant life change based on a prompting and then say, I’m miserable.  I gave it all up and nothing turned out.  I wish I was down at school, I miss everything about my life there.  Nothing has happened, and even though I know it was the right decision, I’m heartbroken and I don’t understand why.

I kept trying to figure out why Heavenly Father sent me back.  What purpose did He have in asking me to give up what felt like so much?  Why did he want me to come back here only to be failing at everything I did?  What was the point of all this?  Why didn’t he provide work for me?   There had to be something big coming or he wouldn’t ask me to give all that up, right???

The first weekend in October, I hit my breaking point.

Friday morning, my parents decided to have a conversation with me to see where I was going with my life, what my game plan was, and what I was going to try to work on while I was up here… it didn’t go well.  That conversation ended up being my frustrated parents trying to set goals with me, while I tried to explain through choked sobs that I was TRYING to figure out what I was supposed to be doing up there, but nothing was working out.  I didn’t want to set all of these goals because I didn’t know  why I was there.  I didn’t know what I wanted to accomplish. Nothing seemed to be panning out, and I was stuck.

That conversation happened right before we went to a funeral for an incredible man who was a family friend of ours.  (sidenote:  If you ever need to have a crucial conversation about a subject that might evoke a lot of emotion…. the half hour between a viewing and a funeral that you spend at home is probably not the best time.)  As I walked into the funeral and sat down, my aunt tapped me on the shoulder and asked me if I was doing okay.  I had answered everyone else with a smile telling them I was figuring it out… but with the emotions of that day already, I broke.  I started to cry and just shook my head no.

…..and then the funeral began.  My attention shifted from myself to the inspirational man who had recently been taken from this world, and to all that I could learn from his example.

That funeral changed my life.  I barely knew David Lange, but I have become a completely different person in many ways because of him.

Rather than try to explain this man’s amazing perspective on life, I’ll let you look at what was on the back of the program: 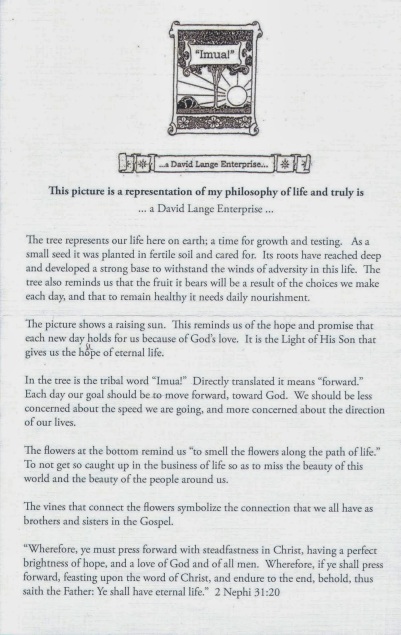 One of David’s daughters spoke about a time when she had been trying to decide between several great options in her life.  She wasn’t sure what direction to move in and wasn’r receiving a clear answer on what she should do.  When she told her dad about the dilemma, he told her that whatever she chose didn’t matter nearly as much as the choice to move forward in any direction did.

Hit me right in the gut.

During General Conference the following weekend, the importance of picking myself up and moving forward kept standing out to me.  I also had a talk with a good friend of mine who was in town for the weekend.  After I explained that things weren’t going well… he said some things that reminded me to put on my big girl pants and start moving forward.

Two days later, I found a job… it wasn’t anything close to what I was looking for, it was a big drop in pay, and it was at a call center… but I took it.

I started working on moving forward, and decided to not allow myself to wallow anymore, because that definitely wasn’t the direction Heavenly Father wanted me moving in.

I became happy with where I was.

I grew closer to my Savior and Heavenly Father.

As I gave love, I started to feel more love in return than I have ever felt in my life.

I fell in love with my new life.

I don’t know if there’s another, bigger why I was asked to come home for a while.

Here’s what I do know:

I know that if I had the choice, I would move back here again.   I have learned to trust Heavenly Father, and that He truly does know what is best for me – even if what’s best for me requires a big effort on my part, with results that are less than obvious.

I know that if we focus outward and upward, everything hard that we think is going on inward will take care of itself, and we will be able to move forward.

I know that Heavenly Father loves me and all of you, and that he will never put us in a place where we cannot grow.  He sees and knows everything, and he always does what is best for us.

Latter-day Saint woman learning and sharing. Trying to inspire others to #LoveHimLoudly. View all posts by Tiana Marie 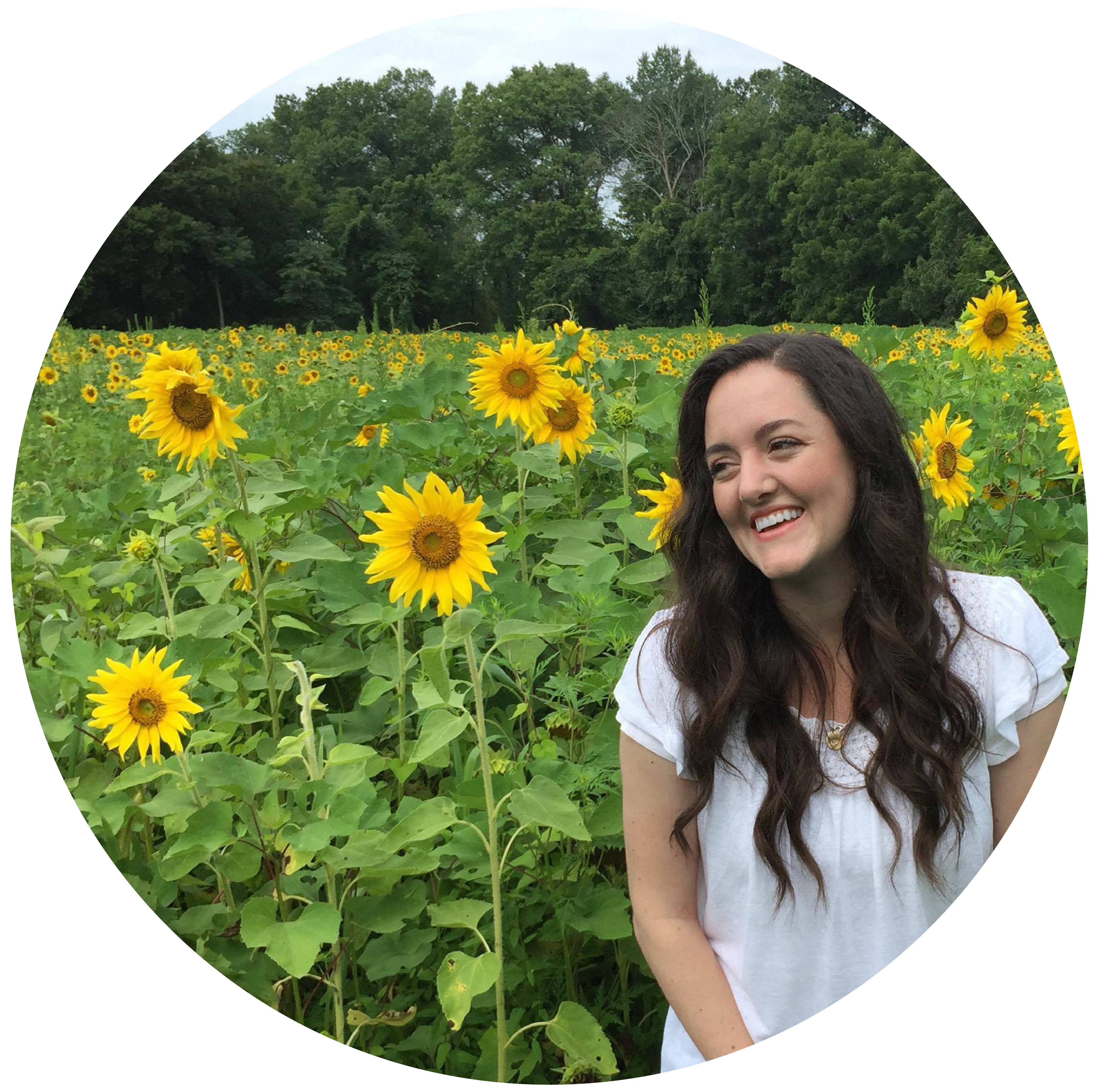